An evening at Southerndown

Thursday evening I stopped off at Southerndown on my way home from work. Southerndown, or Dunraven Bay as it’s also known as, is a particularly photogenic beach. Just do a search on Flickr for ‘Southerndown’ or ‘Dunraven Bay’ and you’ll see what I mean. It’s particularly good for sunsets because it faces west.

But sunset is not what I was after on Thursday evening. I arrived about 2½ hours before sunset and the sun was shining through cloud. The sun was just a little bit strong when I got to the beach. I wanted to shoot into the sun but if it was too strong I’d get lots of flare. There were brief moments now and again when the cloud would be slightly thicker and diffuse the sun, possibly not as much as I would have liked, but enough to get something close to the shots I wanted. I just had to wait for the right moments.

I spent an hour and a half on the beach and took four shots with my Hasselblad 503CX and 40mm lens. 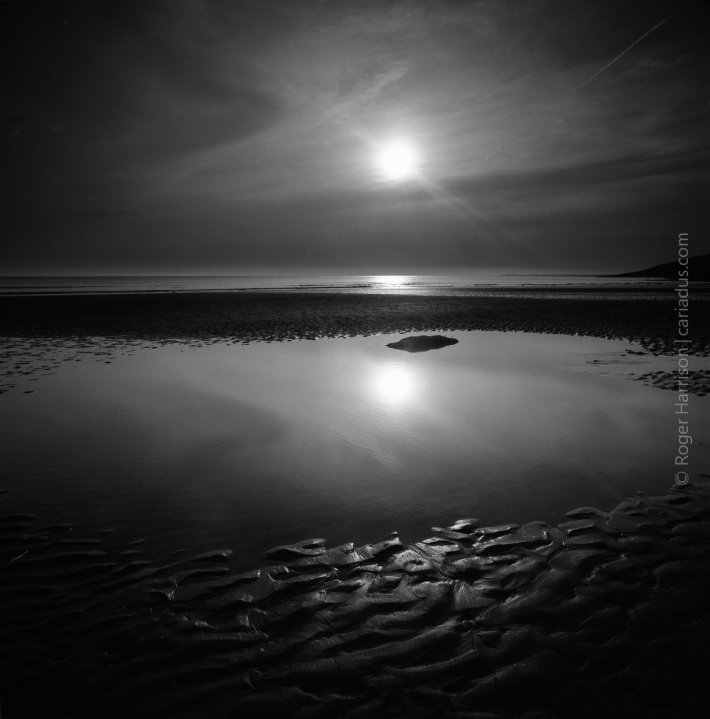 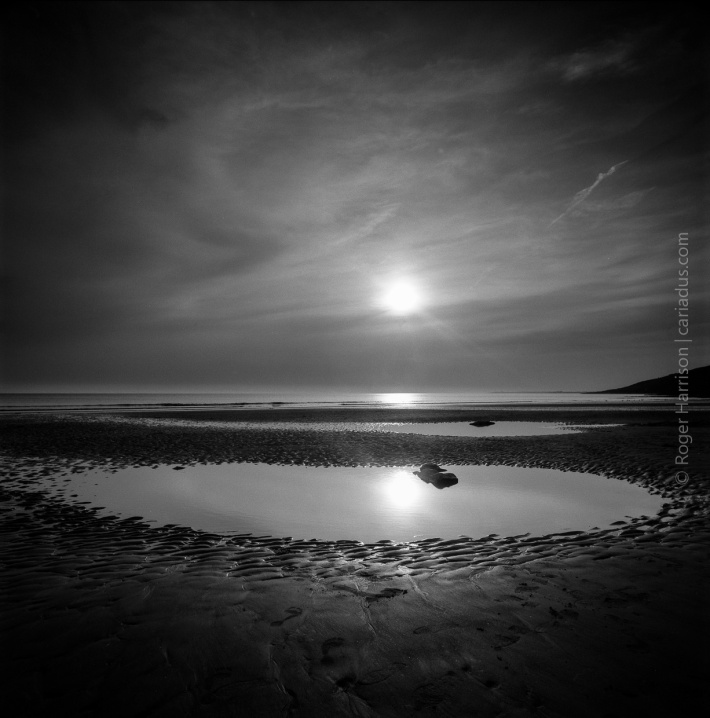 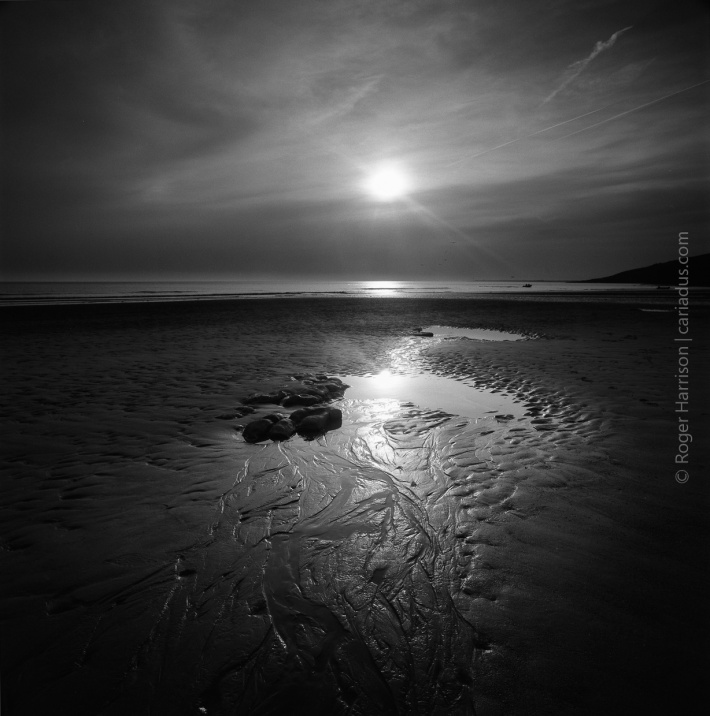 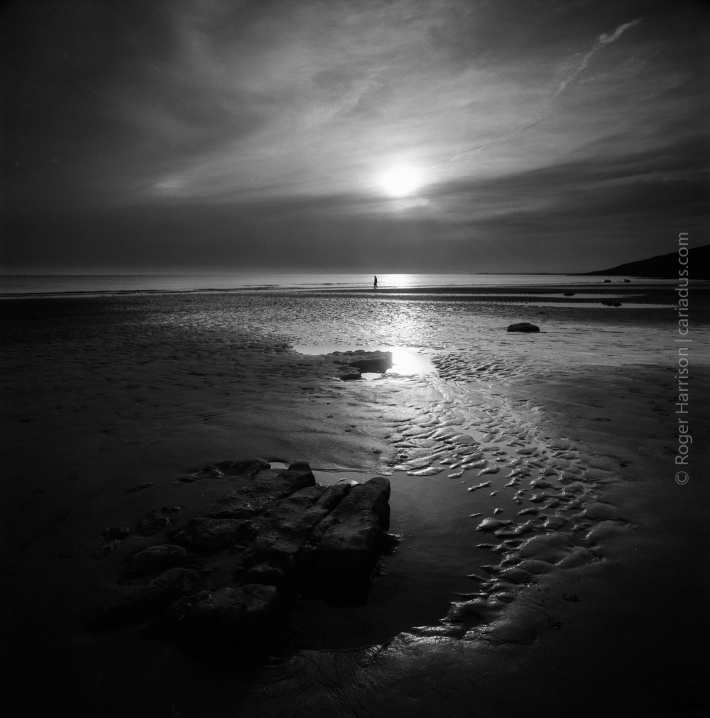 Metering for scenes like this can be tricky, even with the wide expose latitude of black and white film. I used a red filter to get the most drama out of the sky and increase the overall contrast, and set my Minolta Autometer IV F to 25 ISO to compensate for the red filter . Even on the beach in the foreground the EV ranged from 8 to 15 from the shadows to the areas of reflected sun, never mind the brightness of the sky and sun. I didn’t want to over expose, I was after a ‘dark’, moonscapey kind of look but still retain detail in most of the shadows, but prepared to accept that I might lose detail in some, so I settled on EV 13 (f22 and 1/15th) and used a 3 stop graduated ND filter to take care of the brightest parts of the sky.

I developed the film in Rodinal 1:25 for 6 minutes, which is my usual routine with Acros, and when I took the negatives out of the tank I could see that I’d got what I was after. They were quite light (which meant dark when inverted), but there was detail in the foreground beach. I do sometimes make slight adjustments to photos in Lightroom to contrast, shadows etc, but with these I didn’t do anything. Perhaps just lost the shadow a bit in the foreground rock of the last shot and if I was printing in the darkroom I would probably burn it in a bit, but otherwise pretty much spot on.

For the last shot there was a couple walking along the beach and I decided to include them.

I probably should have stuck around until sunset and taken some shots on Velvia, but never mind, I’d got what I wanted anyway.